So the other day, I guess people got a little frustrated with the decision of Marvel Comics to basically equate Jordan B. Peterson, psychologist and author, with The Red Skull, megalomaniacal super-Nazi. This caused some uproar. Not as much, maybe as the infamous "Cap was a Hydra Agent all along! Bum-Bum-Baaaaaaah!" but a pretty fair amount of frustration was called up.

Until I started really thinking about it, and I asked some questions.

First, let's point out that comics aren't really being sold to young men of a certain age. The demographic for comics is aging up. You don't have comics in the grocery stores and convenience stores, so they aren't something that young kids are picking up unless the parents are going into a specialty store specifically for comics. This starts to choke out the new readers.

And who is reading Captain America nowadays? Like, this is a serious question. I was always more of an X-Men guy, especially back in the Chris Claremont days, and the Avengers really weren't my thing. What was REALLY my thing, though, was the Official Handbook of the Marvel Universe comics - the ones where they basically laid out all of the heroes and all of the villains and told you kind of who they were and what they were about and what their powers and weaknesses were, and a bit of a bio. I freaking LOVED those things. Now we have wikis for that kind of thing, so I'm not even looking for those comics.

And if yours truly, someone you could kind of call a comic book geek, though my collecting days are pretty far behind me for any Western comic books (more on that in a second), is not really interested in a Captain America comic book, who's reading that? And what are the circulation numbers like? My bet is they're low. Maybe shockingly low.

So I looked. I tried to find the most recent sales numbers I could for comics. Not exactly super-fair, considering we've been in a pandemic, but there are numbers and sales for early last year that we can look at. And according to "Comichron", Cap's highest issue for last year was issue 18. (Diamond Distribution hasn't released sales numbers since March of 2020, due to the pandemic.) Issue 18 sold an estimated 28,338 copies, making it the 184th most popular issue of the year. What sold better than Cap 18?

And if comics aren't doing financially great anyway, then that makes them a great target for pulling culture war shenanigans exactly like this.

And then I took a look at who was writing that particular issue, and, well, let's just say that if you were to ask me to randomly pick someone who would probably have an issue with Jordan B. Peterson, this is someone who would be in the top five names I'd come up with just randomly out of the blue.

So it all comes back around to the same issue that I faced with the whole Star Wars discussion. Who is Cap to you? What is Cap to you? Does it have to be the one that Marvel is printing? Is it the one in the movies? Is it the one in the Handbook I read back in the day? Is it Steve Rogers at all? Maybe it's Sam Wilson or Bucky Barnes, both of whom have had the title at some point. All of that is fair.

What's not exactly fair is the attempt to a) drag down someone who's done a lot of good for people in the last few years and tie that person to Nazism, and along the way b) normalize and soften Nazism. If your measure of evil says a mild-mannered Canadian psychologist who's studied fascism and speaks out against it regularly IS EQUIVALENT TO an ACTUAL Nazi, then one might suggest that your yardstick is off. Just a titch. On both sides of that spectrum. First, you really have a high opinion of the evil of JBP, and second, you don't really appreciate the horror of Nazism. Not really.

It goes back to this thing - you decide how you're going to participate in the culture. You don't have to reward Disney (who owns Marvel, of course) with your dollars. You don't have to buy this particular comic book. And I'm not necessarily saying to boycott anything or anyone. You do you. I will continue to happily not buy Captain America comics, though glancing at a description of Marvel's Marauders series, that kind of looks interesting, maybe I'll give that a shot.

Or maybe I'll go back to manga.

I've noticed this recently. I don't really watch TV. I like movies, but more and more they seem to be deliberately trying to poke me in the eye (again, see the Star Wars post). So instead, I watch anime. Some really good mainstream popular anime, like My Hero Academia or Black Clover. Some anime that appeals to the thirteen-year-old boy in me, like Konosuba. And some stuff that's more of a personal taste kind of thing like "I Can't Understand What My Husband Is Saying", or "My Roommate is a Cat".

And I've been reading Makoto Yukimura's Vinland Saga. Three omnibus volumes in, and it continues to be the most metal comic I've ever seen. The omnibus volumes are pretty hefty, and after buying the first couple in hard copy, I switched to digital to save on the shelf space. Compelling writing. Deep themes. Amazing fights. And one of the greatest I-Can't-Help-But-Root-For-That-Guy Villains I've ever read in Askeladd. So why am I turning to other countries for my entertainment?

If the people creating what passes for popular culture (for various values of popular, looking at those sales numbers) tell you that the things you enjoy or believe or cherish are evil and wrong and fascistic, you have some choices.

First, as someone declares themselves your enemy, believe them. I don't think it's right to hate them, but believe them.

Second, realize that you're as much a participant in the culture as anyone else. In a very real sense, you determine the culture that you allow in the walls of your own home, and in the secret areas of your head and heart.

And third, find those things that build and edify. If something is virtuous, lovely, of good report or praiseworthy, then seek after it. If you can't find it, try your hand at making it, whether it's a story or a song or a fish sandwich. Think about it, then build.

In this sense, paraphrasing Cap, you may not be perfect, but the safest hands are still your own. 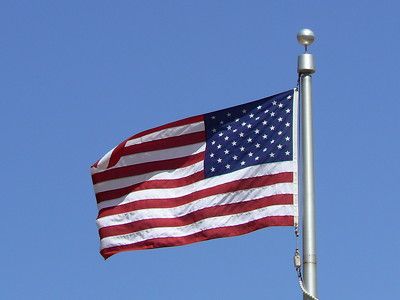 I sent this to YouTube this morning via their Feedback feature: To whom it may concern, Over the course of the last few months, I have become increasingly concerned regarding certain editorial and business decisions that have been made by YouTube and its parent company. More and more, it seems
Once someone tells you that they hate you, you don't give them money or support their work. You don't owe them that. When someone indicates that they think you're evil, you don't have to listen to their podcasts or watch their YouTube videos or support their Kickstarters or Patreons.