One of the columnists I used to read quite a bit related a story about how he got into the business of column writing, and got the advice of someone who had been doing that for years. "How can I write a column twice a week?" was the question. How to keep up the relentless pace of putting something people might want to read up over and over.

The answer was "Oh, that's easy. At least twice a week, something will annoy you, and you'll write about that." And as far as it goes, that's pretty insightful. But it does give a bit of an insight into what you're taking in when you're reading a column - particularly one with a political viewpoint. You're getting a steady diet of outrage, irritation, and resentment.

That's probably as old as the business of expressing your opinion for recognition and maybe coin. Nothing gets repeat business like selling people on the idea that they should be angry, because there's something to be justifiably angry about. It appeals to people on so many levels. It can be an affirmation of your already held beliefs. It can also be a stimulant for anger if the columnist is someone with whom you disagree. If the intellectual argument (assuming there is one) is one that you hadn't thought of before, you get a bit of stimulation and another clip in your arsenal if you agree. Or you get a bit of irritation and something new to either work to debunk or to just dismiss out of hand as old news or "oh, is THAT what someone like YOU thinks?" Both of which provide a bit of emotional catharsis - a release of a bit of emotional pressure. Just a bit. But just as there's no such thing as a completely efficient engine, you probably don't release all of  your emotional pressure - you keep a little bit. Just a bit. And over time that starts to build up.

Over the last couple of days, however, I've been reading something else. I've been reading my local nextdoor social media page, and I've been seeing people react to the very unusual freeze happening right now in Central Texas. People who have been without electricity for days. Cold. Burst pipes. Hunger. Crying out for help. For warmth.

We've been out in it a bit, taking soup to some people we know who have had no electricity. Helping a friend get into her car, where she had a package of bottled water, but she couldn't get to it because freezing rain had sheeted the car in ice a quarter-inch thick.

There's a catharsis that goes with that which does not carry a hint of leftover bitterness, and while people may not be in as obvious or dire straits in a week or a month or a year from now, there's always someone around that needs help - an encouraging word, a kind deed. Even if they disagree with you about something.

Maybe it's a question of getting out of my own way and out of my own head long enough to see the hint of strain around the smile, and to hear the heartbeat pause when I ask someone how they're doing before I get the expected "Oh, fine". By thinking less of how I don't want to be a bother and more about what I can do to help. 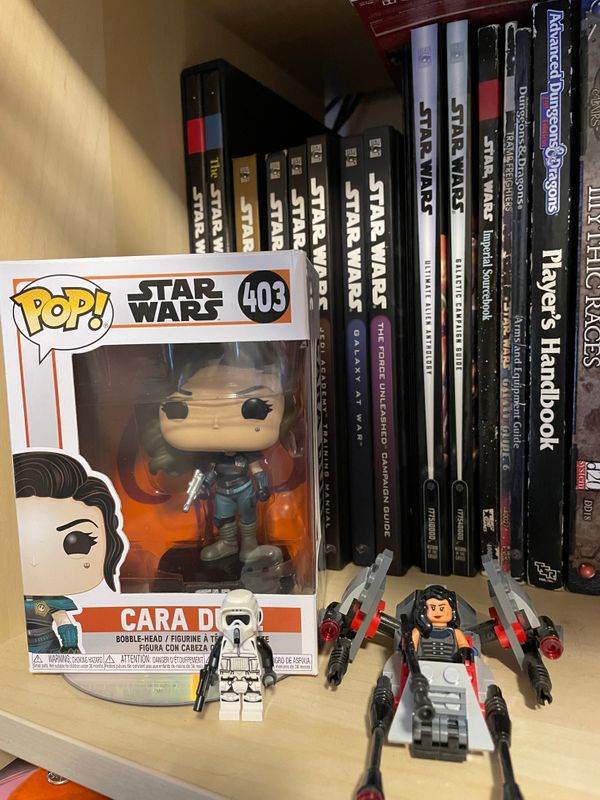 What, to me, was Star Wars?